Nicci Maher, (Committee Member) sums up the year on a Facebook Post
The band have had a great 2015, we won quite a few prizes at the Autumn concert, played the whit Friday matches, played at the pavilion gardens in Brighton, welcomed some new members, said farewell to some old friends and rounded off the year with a Gala concert to rival all those which have gone before. From all of us to all of you Happy New year. We hope you have enjoyed our playing this year and we can't wait to see you all again in 2016! 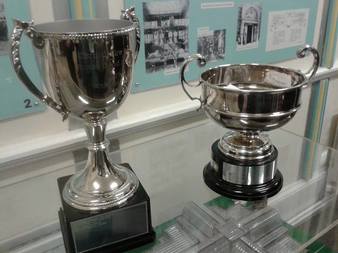 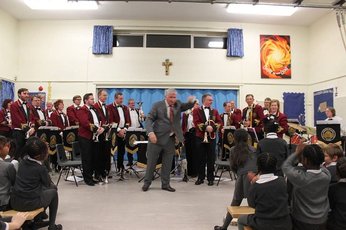 A fantastic response from the children and a substantial sum raised raised for the Childrens' hospice charity 'Demelza'.
Mike Gray reports on Facebook;
"Wonderful occasion; two very good clear performances from the Infant and Junior Choirs, conducted by Martin and some really inspired (at times!) playing by the band, including some fine solo playing by Carol and Graeme. The best and most engaged audience we have had in some years. Look out Progress Band, you're about to be inundated I think! ....."
Picture Gallery