Christmas Concert - 15th December
Click for Pictures and Music Programme
Stroke Association Carols - Waterloo Station - 6th December 2018
​The Crystal Palace Band were once again delighted to assist in fundraising for this worthwhile cause - playing carols non-stop between 5:30 and 7pm under the main clock on the concourse inside Waterloo Station !
The Stroke Association raised over £3,000 during the course of the day. 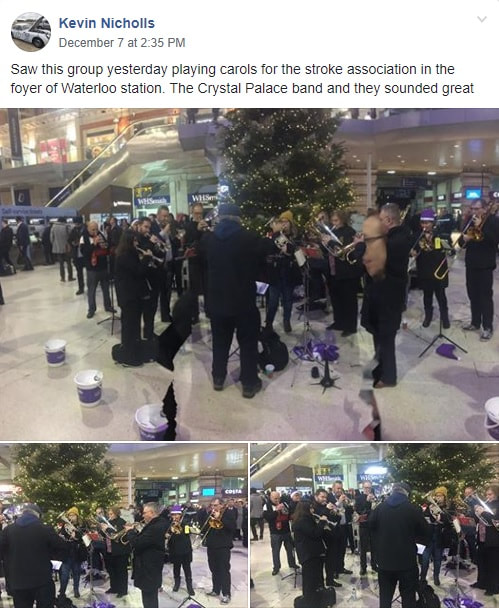 Remembrance Parade - Belmont - 11th November 2018
Peter Mattey, Chairman of the Belmont and South Cheam Residents Association writes on 30th November;
"This year is special in that it marks the 100th anniversary of the end of World War 1.  The Belmont Village Remembrance Sunday Parade was especially well supported with around 400 local residents in attendance to pay their respects.
We were particularly pleased with the large presence of younger members of the community with representatives from 219 Squadron Air Cadets, 1st Belmont Scouts, Cubs and Beavers, 1st Belmont Guides, Brownies and Rainbows, the Avenue Primary Academy and, for the first time this year, the Harris Academy Sutton.
The Parade was led by the rousing tones of the Crystal Palace Band which processed along the Poppy lined route from the California pub to the Belmont War Memorial.
This was yet again one of the largest parades in the Borough of Sutton, despite it not being the event attended by the Mayor of Sutton (which took place in Worcester Park).  24 wreaths were laid during the Remembrance service.  We thank all members of the local community who turned out to show their respects on the day." 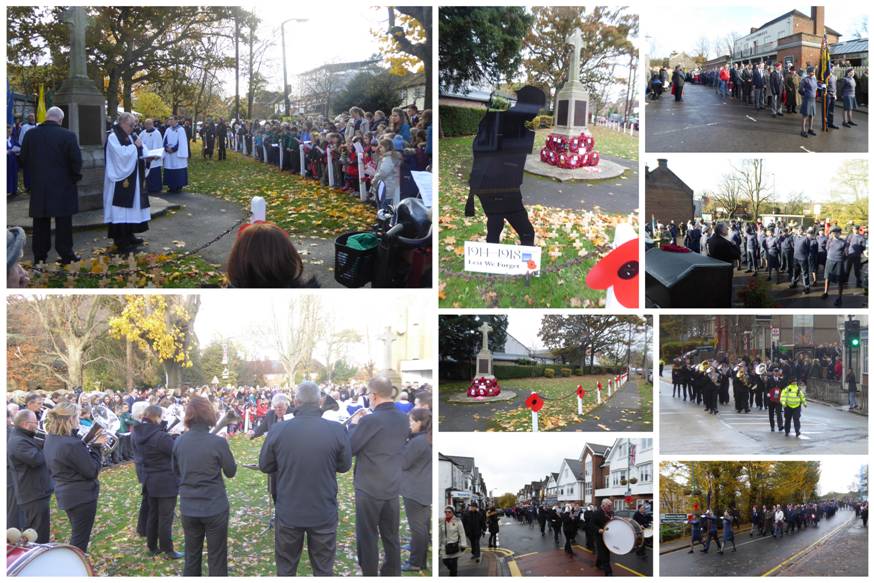