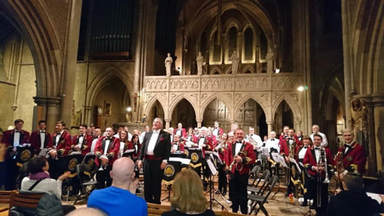 A very successful Gala Concert was held on 2nd December
We were pleased to welcome Frank Renton as our Guest Compere and the composer David Braid.
Read more on the Concert Programme.